The Atlas Building in Concrete Quarterly 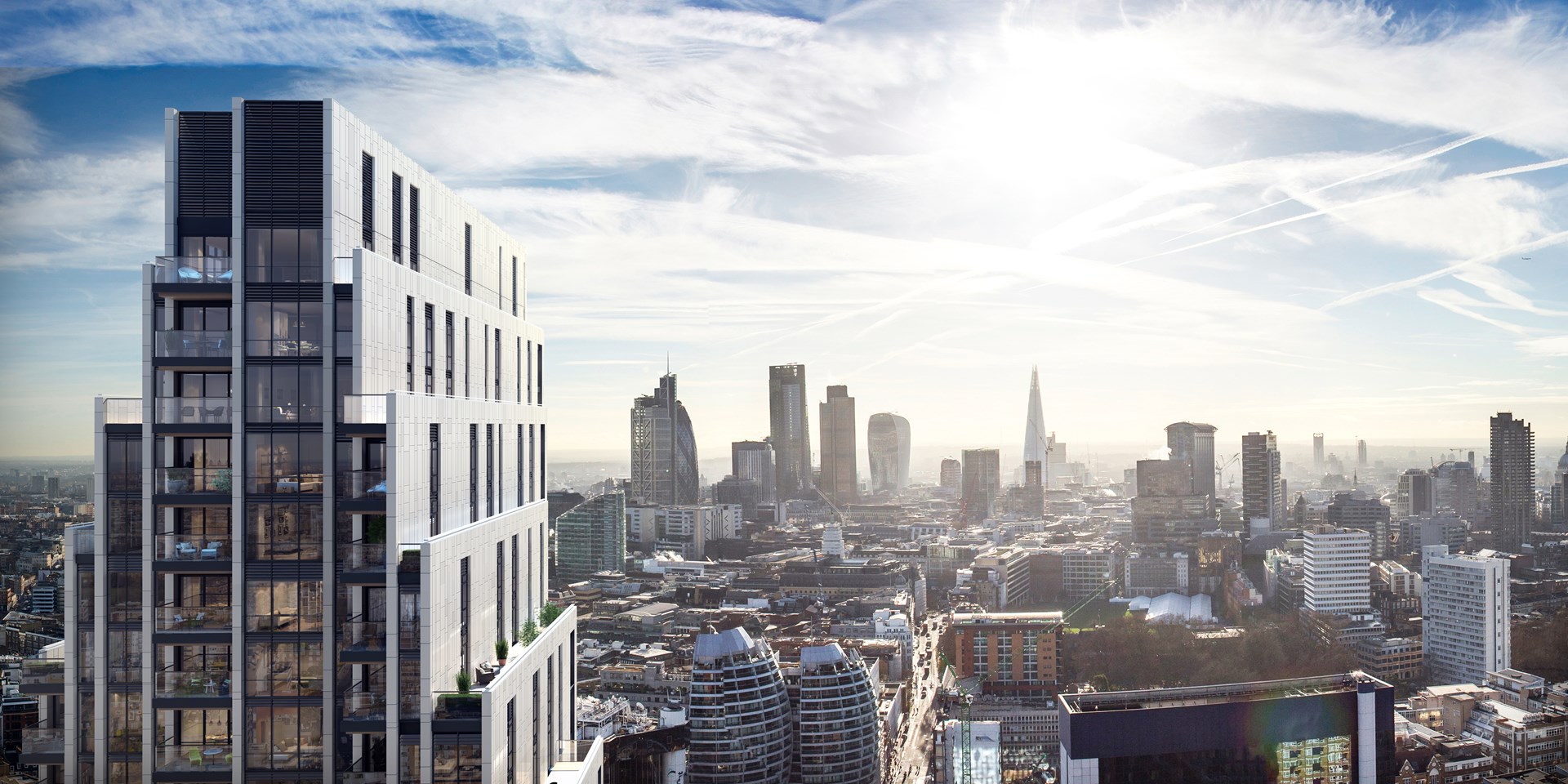 Fins and Finesse. The metallic facade of London's Atlas building relies on a unique concrete structure.

The Atlas building has a unique appearance. The 38 storey residential tower, currently under construction at 145 City Road, London, appears to be formed from a series of 12 giant vertical fins, like fins on a motherboard. The fins are orientated in a north-south direction so that the outer panels form the facades of the tower’s east and west elevations and the space between them are filled with glass.

The concept was created by Make Architects, but is Scott Brownrigg’s Design Delivery Unit that has the task of seeing the 302-apartment scheme through to completion.

“The tower appears as if you’ve taken a very thin building and pulled it apart, like a concertina, to reveal glazing between the solid elements,” says director Peter Griffiths.

The fins also appear to provide the tower’s structural support - an illusion the Design Delivery Unit has worked hard to maintain. The tower is actually supported on a concealed, robust concrete frame.

“While these elements appear as a series of fins, structurally they don’t actually run through the building,” explains Griffiths.

The tower’s concrete frame is fundamental to the success of the building.  This is because the southern tip of the site is crossed by two tunnels, one serving the London Underground’s Northern Line, the other Network Rail’s Old Street line.  Loads imposed by the tower are kept clear of these tunnels by cantilevering the structure over the subterranean Victorian engineering. Giant concrete beams supporting the cantilevered section of the tower are hidden below ground in the tower’s basement; these transfer loads from the cantilevered perimeter to a strengthened section of the central concrete core.

An additional benefit of using a concrete structure is that the mass provided by the concrete frame (and by increasing the thickness of the ground floor slab and the mezzanine first-floor slab) helped give the structure sufficient inertia to dampen the ground-borne vibrations from the underground trains. “Concrete was the optimum solution because it worked on a number of fronts,” says Griffiths.

The concrete core extends the full height of the tower from its piled raft foundation, through the concrete basement box, all the way to the penthouse apartments 38 floors up. It houses 3 lifts, a staircase and the service risers; as well as incorporating a number of outrigger walls running east-west to provide lateral stability.

Post tensioned concrete floor plates link the core to a series of reinforced-concrete perimeter columns. It is a solution that not only provides maximum flexibility when it comes to dividing the floors into various apartment configurations, but is also critical for servicing the apartments. “The apartments feature comfort cooling using fan coil units hidden in the ceiling” says Griffiths. “Concrete gives a nice clean soffit on which to manage all of the services.”

The scheme is due to complete in summer 2019. 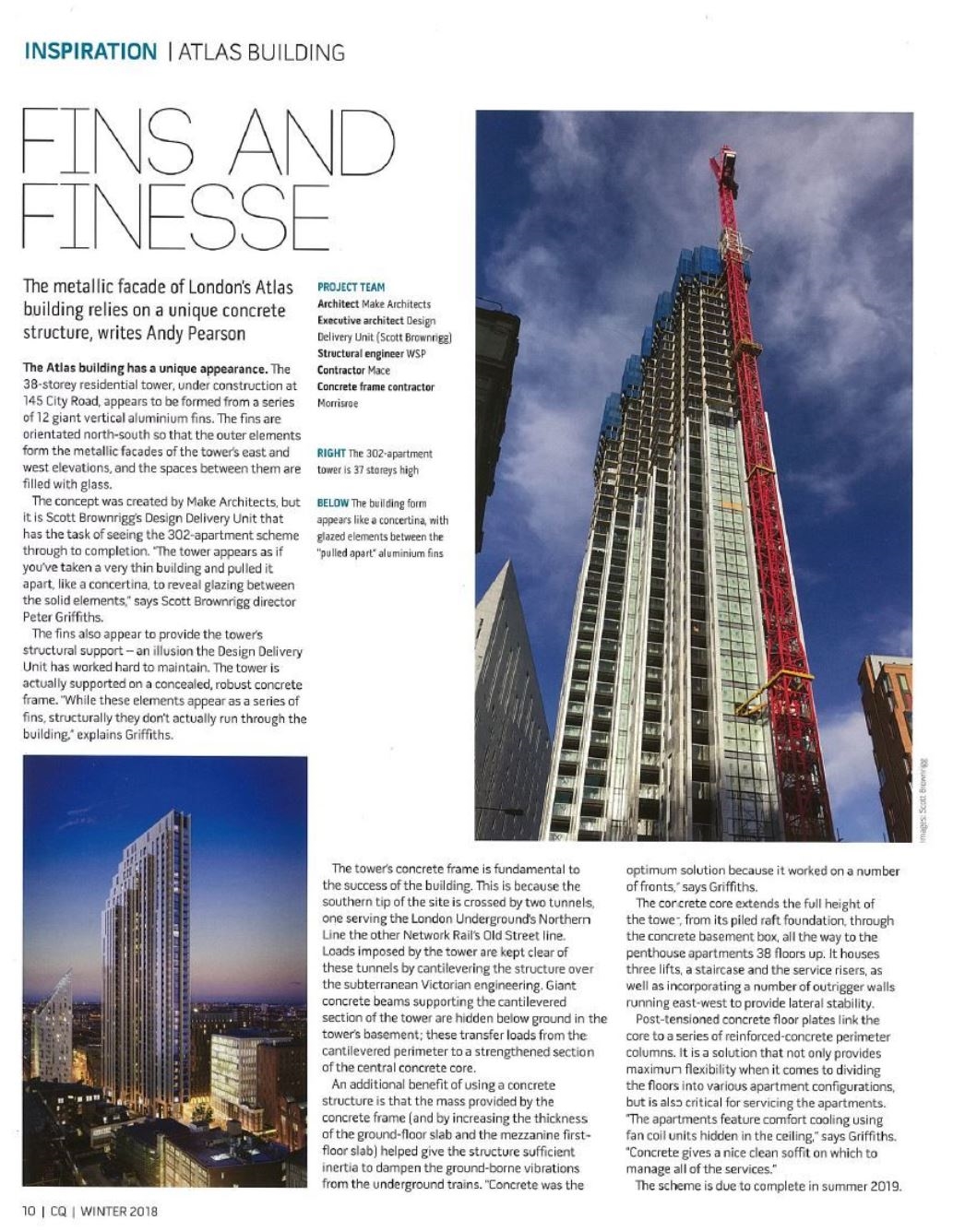 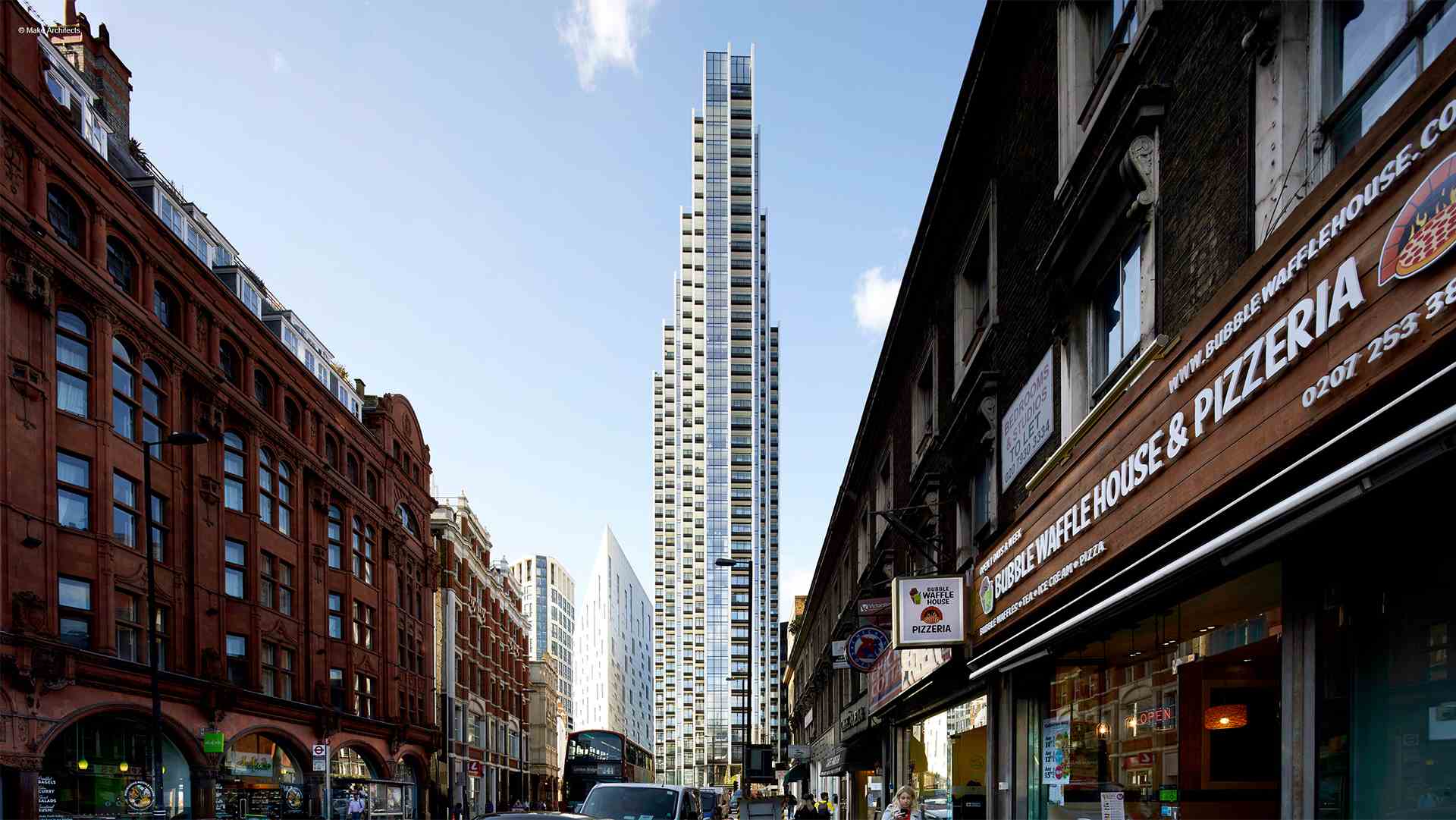 You design. We deliver.